The United States Agency for International Development says it will contribute $40 million to support the Lagos Water Corporation (LWC) for its water infrastructure. 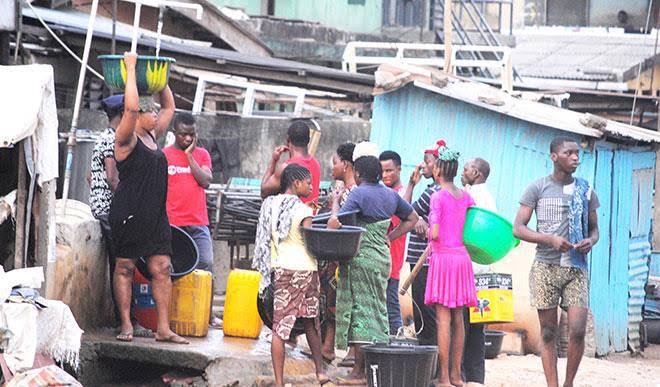 The United States Agency for International Development says it will contribute $40 million to support the Lagos Water Corporation (LWC) for its water infrastructure.

USAID stated this in a statement by the spokesperson for LWC, Rasaki Anifowoshe, on Monday.

“We want the poor people to get or feel the impact of the investment, as USAID is supporting/financing with 10 per cent of $400 million, amounting to $40 million to $44 million to support infrastructure rehabilitation, capacity building, institutional strengthening, improvement of governance, among others,” said Joechim Ezeji, USAID’s representative.

USAID said it would assist the Lagos government through LWC to revitalise the WASH sector and improve access to water.

The project would be implemented under the Lagos Urban Water Sanitation and Hygiene (LUWASH) programme, said the statement.

“This was the first step towards enhancing urban water service delivery in Lagos state by improving infrastructure, accountability, and strengthening regulatory oversight in the state as well as strengthening the governance, financial and technical capabilities of Lagos water utilities and private sector water vendors,” said the Lagos government.

It added, “The partnership between Lagos state government and USAID will spur efforts to make clean water more accessible and affordable, especially in low-income communities. This is to be implemented under Lagos Urban Water Sanitation and Hygiene (LUWASH) programme.”

On December 8, 2021, USAID and the Lagos government signed a memorandum of understanding (MOU) to improve access to safe water, sanitation, and hygiene (WASH) services.